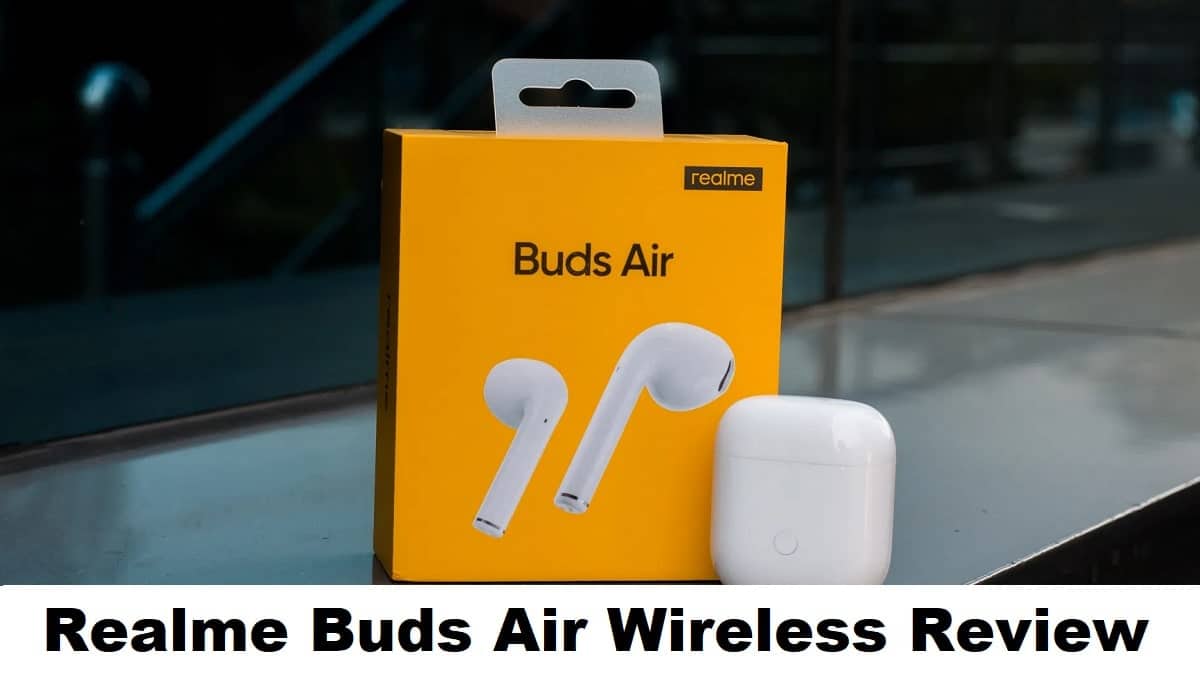 Remember the scene of ‘Gully Boy’, in which Aaliya Bhatt and Ranveer Singh are seen talking to each other, listening to the song, putting earphones. Yes, that scene, two people are listening to the song from an earphone and each other is immersed. The scene has come out of the film and has now entered the world of technology. But, in that, they listen to the song from a long wired earphone. Now the era is new, instead of a long wire, there is talk of wireless. To fulfil your wish, Realme has exploded in the accessories segment.

China’s smartphone company Realme has launched its Buds Air in comparison to Apple Air Pods. Now, why would you say a comparison with Apple? The reason is simple because, in design, they are exactly like Apple Air Pods. Also, pocket-friendly is also for those who are not in the mood to spend more money. Let’s first talk about this product of Reality …

In the Indian market of Realme, true wireless devices Buds Air have come in the market. Before buying, you must know why to buy them and what is special about it? Prefer the colours of Buds Air as well. A special pulpy for the young generation is yellow in colour. At the same time, white and black colour options are also for you. Buds support Bluetooth 5.0. The battery is claimed to last for 17 hours. Buds have to be kept only in the charging case for charging. However, there is type-C charging support for charging the charging case.

Budding pairing is very fast. They are automatically connected to the paired device as soon as they are taken out of the charging case. You must have missed Apple’s Air Pods. The chip in Buds Air is the same chip as Apple AirPods W1. It has a base boosted driver of 12mm. Is the base booster for great audio. Buds have two mikes, one of the top and the other on the bottom. The most special is its weight. The company claims that its weight is also Hulk than A4 paper. The total weight is 4.2 grams, which is also felt after wearing it in the ears.

Virtual Assistant: Google will speak in ears without picking up the phone

Virtual Assistant support has been given for the first time in Reality Buds Air. That means put it in the ear and long press on the buds, just the assistant will start taking your command. Its price will grab your attention. Realme has kept Buds Air in the range of just Rs 3,999. So will Realme Buds Air prove to be the best in this price segment? Let’s start with a full review of Buds Air.

Buds’ first appearance is exactly like Apple Air Pods (AirPods). However, it is not a copy of it at all. But at first glance, anyone would probably consider it as Air Pods. Well, in terms of designing, there is no shortage of this product of Reality. Overall the fans of wireless earphones should like it.

Realme Buds Air Charging Case: It has a separate swag

The charging case of Realme Buds Air is absolutely handy and compact. It takes a different swag as soon as we take it. Small enough to keep in the pocket and let’s go. The LED indicator with a glossy finish blinks as soon as the case is opened. Realme has also given its branding on the backside of the case. Type-C supports for charging is at the bottom. The different thing is, the magnetic connection between the charging case and the buds, you will not find it even in Apple’s Air Pod. As soon as you open the charging case and leave the buds in the air, they will quickly fit into the case.

Realme Buds Air that will make you crazy

Most companies have only one bud to see. No, no, no … this is different. Because, you will love its look, feel and fit. I have come The side top of the bud has a sound output with unibody shape. Audio is heard outside at high-volume. This will be a different experience for those who are fond of listening to audio in loud voice. But, what about those who listen in a low voice? This will tease them a little. There are 2 sensors on the sideline of the speaker grill. Both the buds have 2 separate microphones. One microphone is placed on the joint and the other on the stem. The bottom of the buds is covered with silver ring and there are 2 pogo pins at the bottom.

The ear fitting is amazing. The reason for this is their weight. Are quite light. The fitting is very comfortable. Whether you wear them while running or inside the cap in the cold, they will not give you any problem. There is no etching or problem of any kind in the ears. Overall, wear them comfortably throughout the day.

Realme Buds Air Connectivity: pulled out of the case, connected

Connectivity is excellent. Once pairing with the device, they connected themselves as soon as they were taken out of the charging case. Loved this experience. Buds have an R1 processor, which makes its control much better. The 12nm dynamic base boosts experience surround effects. It is equipped with real-time dual-channel transmission technology. Now the special thing that makes it different from other devices, but one bud in the ear and keep the other in the case, even then it will do. Meaning if two people want to sit in different rooms and listen to the same song, then it is magic for them.

Now, what is another special thing about these buds air? I heard a song with my friend. We were both in different rooms. I felt that the song should be changed. But, the friend said that this will only work. Now, this feature is considered the best. If you remove the buds placed in your ear, then the music of the buds in the friend’s ear will also stop. Meaning if I do not let me listen to the song, then I will not let you listen to me. This feature is called wear detection.

After applying the buds to the ear, double-tapping on its surface twice can answer the call. However, this feature sometimes disappoints. But, no. Double-tap is also used to play and pause audio. Now tap on the surface 3 times, the audio track will jump. Meaning the song will be changed. No need to pick up the phone. Voice assistant works from long-press on buds.

Buds are not just for audio-video players or calls. This is also a great feature. Buds have an e-sports mode. Let those who do not understand e-sports mode, this is a kind of gaming mode. Meaning enjoys playing games with this model. It is also called low latency gaming mode. If you want a tremendous sound effect when playing the game, apply this. To turn on this mode, long-press both buds simultaneously. It will be on and off like this.

After a week of testing, that is all I will say, there is no complaint with the sound quality. Tried them on three phones. Samsung Galaxy M30, Oppo Reno and Vivo V17 pro. However, with the support of Advanced Audio Coding (AAC), the same quality sound was found everywhere. Loud audio output, the base booster feature makes it even better. During calls, work is done from the same bud. Conversations with good sound support. The audio of the microphone is also clear. On the other hand, the caller listening also has no tension in the voice.

Most important … how long will it last?

The company claims 17 hours without stopping. But, we checked it lasts for 13-14 hours. However, the backup is only 17 hours in the charging case. After a full charge, there was no problem for 9 consecutive hours playing voice calls, music and games throughout the day. It will take 1 hour for a full charge. Because it does not have fast charging support. Qi wireless charging is supported in the charging case. But, this will work only if you have an Android phone supporting wireless charging or a wireless power bank.

How do I see Realme’s Buds Air?

In the final review of Reality Buds, I would give it a 4.5 out of 5 ratings. I loved the design and pairing support. Pairing with my phone was fast, as well after connecting it to the case, it connected itself on removal. Meaning that the features that the company has mentioned are working and also give a good experience. Battery backup is also very good for a day. Can easily use the whole day. The price is unmatched. It is fit for those who are not in the mood to spend more money. Sound support, gaming support, connectivity is excellent. Overall Realme Buds Air is value for money.